NaNoWriMo is right around the corner. Here are some tips if you’re looking to delve into the action-thriller genre, one about which I know a thing or two.

Know the Tools of the Trade

If you’re going to write in this genre, you need to familiarize yourself with the items your characters will use.

Few things make me cringe more as an action reader than seeing the terms “pistol” and “revolver” used interchangeably for semi-automatic handguns, calling a suppressor a “silencer” or magazines “clips” (unless it’s a character given to poor terminology), the main character utilizing double Desert Eagles (or Desert Eagles at all, unless you’re going for a Mack Bolan, comic-booky type feel), or external safeties on weapons that don’t possess them.

Modern Firearms is a good resource for those looking to do research on firearms.

If your character is in the military or intelligence special operations communities, you should research what weapons are used in that community. Having your operator run around with a tricked out 1911 in 2018 if they attended Unit selection after the mid-2000s isn’t going to read correctly.

This is partially why my friend Peter Nealen writes mercenary fiction: it gives him leeway in the logistical details. And while most private military/security companies are relegated to defensive roles, it’s not unrealistic to have them be employed in an offensive role by utilizing legal loopholes to circumvent international law preventing the use of mercenaries in warfare. It has happened in real life.

It’s not just guns, either. Radios, holsters, uniforms, etc. If you describe your protagonist running around in SWAT black like it’s the 1990s in the here and now, you’re gonna get dinged.

And if it’s historical fiction, don’t commit the same sin that Call of Duty: Black Ops committed. Research the history of that weapon and see if it was even invented in the time period in which you’re writing.

That leads me into my next tip…

When I was writing for Hurricane Group’s Hot Extract, I coined a term: “A-Team Syndrome.” If you remember that show, you had a Colonel, a Captain, a Lieutenant, and a lone buck sergeant as the protagonists.

One particular author (whom I won’t name) had their former Unit protagonist be a “lieutenant junior class” while he served there before making the leap to CIA.

If you want your character to be a door-kicking badass, he’ll be an NCO. There is nothing wrong with your main character being an NCO. That does not automatically mean he’s never been to college (many NCOs attend college, and college is all but a requirement to reach E-7 and higher in the modern day) or that he is illiterate. What differentiates the American Army from many of its counterparts is that we place a lot of responsibility in our NCO Corps, particularly in SOF.

That’s another thing: if you’re writing about somebody who served in a non-American military unit, you ought to research the role of NCOs in that nation’s army.

Do your research on that unit’s history. This is especially relevant if you’re writing modern action. The Global War on Terrorism has radically overhauled the missions that several SOF units conduct.

One more thing: you’ll have noticed I’m using male pronouns. That is because the SOF field is dominantly male.

The integration order signed under the Obama administration has made it possible for a woman to attend selection for the various USSOCOM units, but to date, only one has been admitted into the community wholesale. You can make the woman the first SEAL, Green Beret, or JSOC operator, but you will be remiss not to mention the challenges she would face as a trailblazer. 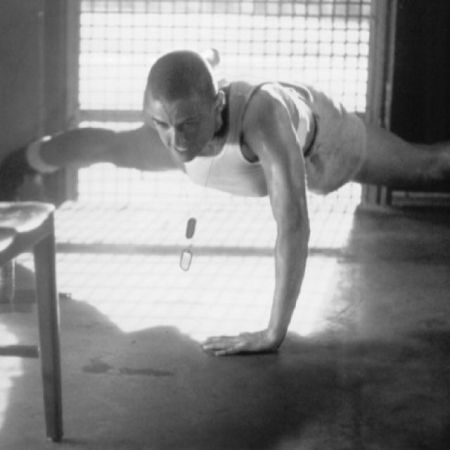 How I’ve circumvented that to include female protagonists: if they’re military, give them an MP or HUMINT background and attach them to the unit as an enabler. This has also been done before. You could also have them be former civilian law enforcement and bringing certain skills to the contractor world.

I’ve taken both the contractor/HUMINT/LE approach and the “first” approach before. Both can work effectively.

A perpetual loner or a man who has suffered tragedy is really appealing to write. Take a look at most action heroes and you’re likely to find a history of loss and pain.

This is fine as long as you do two things:

Also, while there are some physically imposing types in the SOF world, there are also folks that look like everyday people you could bump into on the street and not pay a second look. They’ll be lean and in-shape, as is necessary for their chosen career, but most shooters won’t resemble The Rock or John Cena.

This also applies to their skillsets. There are some jacks of all trades in the tactical world, but specialization is more often the norm. Weapons, medical, communications, demolitions, and intelligence are all specialties found in nearly every tactical unit. Your characters should reflect that.

Most folks in this career field are going to be able to handle themselves in a fight, but make no mistake: they’re not all MMA fighters. Some of them have just rudimentary skills and would probably get their asses kicked by a pro fighter.

Remember That Shooters Are People, Too

It’s rare to find a shooter that solely lives for shooting, with no likes or dislikes. If you write that character, it is upon you to explain plausibly how they reached that point.

Yes, the shooters have a very particular set of skills. They’re people you don’t want to cross.

At the same time, the shooters have likes and dislikes, personal passions, and political and sociological beliefs.

Maybe they like cruising the junkyard for clunkers so they can turn them into road-worthy works of art. Or perhaps they’re learning how to strum the guitar or know how to sing. I’ve known many a shooter who’s into video games or reading. The culinary arts could be something about which they are extremely passionate. Maybe they’re active in their church.

Three things to remember: the professional tactical community is overwhelmingly conservative, Christian, and white. So, if you’re going to write a liberal character, they can’t be so far off the liberal deep end that they hate guns and violence and consider themselves to be social justice warriors. If that’s the case, why are they in this line of work? They’ll be center-left and they will be the odd man out.

On the flip side, placing a conservative character to the right of Atilla the Hun is also a no-go. Yeah, the average shooter is a staunch conservative, but if they’re talking about filling mass graves with liberals or delving into the cesspool of racial identity politics, they’re likely not going to be accepted by their peers.

They’re conservative, but the majority aren’t racist. They’re very much a meritocracy. More than that, they’re a tribe. If you’ve made it in, you’re one of them, regardless of your race or ethnic background. Nick Irving has a solid piece on that over at NEWSREP.

I bring this up not to debate, but rather, to show baseline statistics. If your character is outside the norm, they will have a slightly different perspective than one who is within the norm. It is your job as a writer to accurate portray that character’s perspective.

Whether it’s weapons, kit, unit history, or personnel constitution, you must do your research. The action genre is one that is research-heavy. Your readers will have likely either served in those units, read about those units, or both. You have to sell them on your fiction being authentic.

You put in the work, you’ll see the results in the praise.

One thought on “FOUR TIPS FOR THE ASPIRING ACTION WRITER”