In the tradition of my friend Peter Nealen, I figured I’d give a rundown of some of the gear featured in the sophomore novel of the Forsaken Patriots series, Nightmare Exodus.

WARNING: THE FOLLOWING MAY CONTAIN SPOILERS

Members of the Indonesian National Police carry the Pindad SS1-V1, a locally-produced and modified version of an Fabrique Nationale FNC. Bradshaw obtains one during his escape from his Warakas apartment, but does not use it. Members of the Kuwat Syndicate also carry SS1-V1s during their abduction raids in Belitung.

Bradshaw obtains a short-barreled M4/M203 combination with an Aimpoint Micro T1 optic from Milena Wright. It is never employed. (Pictured is a similar weapon, a MK18 with M203 and an EOTech). Members of the Kopassus special operations unit are depicted wielding M4 carbines during their raid of Suparman Guntur’s estate. 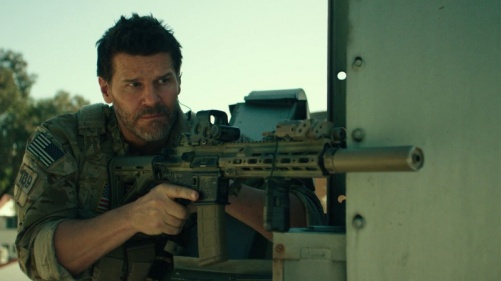 During the raid on Suparman Guntur’s estate, Bradshaw, Pace, Baz, and Dado all utilize the HK416 with EOTech optics, Surefire SOCOM sound suppressors, and Geissele Super Modular rails, as pictured and configured in this screen grab from the CBS show SEAL Team.

Given her diminutive stature, Milena Wright opts to carry the compact version of the HK416 (titled the HK416C), which boasts a 9-inch barrel and a smaller, retractable buttstock. It also runs an EOTech optic and a Surefire sound suppressor (not pictured).

Bradshaw and Pace use IMI Micro Uzi submachine guns during the raids in Kembangan and Senen, as well as their attempted raid at the Port of Tanjung Priok. The Micro Uzis are equipped with Knight’s Armament Company sound suppressors, a vertical foregrip attached via a clamp on the suppressor (not pictured), and a Trijicon RMR red-dot sight. 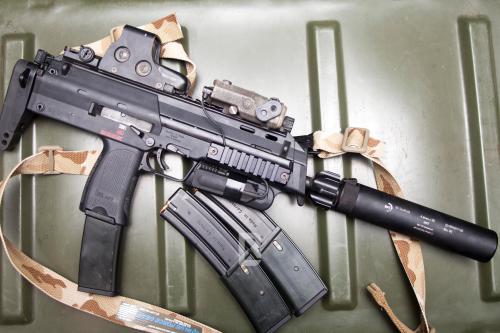 Members of the CIA’s Global Response Staff are depicted carrying the MP7A1 with an EOTech Optic and sound suppressor while working on a personal security detail.

A Knight’s Armament Company SR25 sniper rifle is used by both Lucas Tan and Jack Bradshaw. 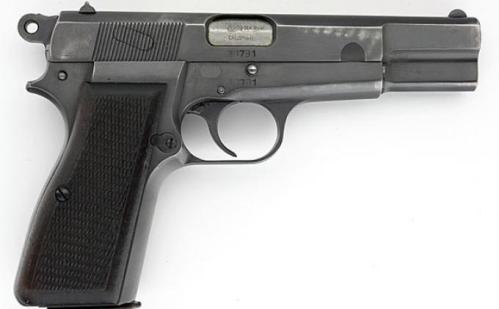 Members of the Indonesian National Police carry the Pindad P1, a locally-manufactured version of the Browning Hi-Power. Bradshaw obtains one during his escape from his Warakas apartment, but is not seen using it. Members of the Kuwat Syndicate also employ the P1.

Bradshaw obtains a 4th Generation Glock 19 from Milena Wright and carries it as his sidearm throughout the novel. It is equipped with Trijicon Bright & Tough tritium night sights.

Danny Pace carries the Springfield MC Operator 1911 as his preferred sidearm. This is a nod to his tenure in Marine Corps Force Reconnaissance, where he could have carried the very similar M45 MEU(SOC) pistol.

Suparman Guntur carries a H&K MK23 pistol as his preferred sidearm. He received it as a gift from a contact inside the Indonesian Army Special Forces Command (colloquially known as Kopassus), which is believed to have the weapon in their stores.

Members of the SAT-81 detachment of Kopassus utilize the FN MAG general-purpose machine gun during their raid of Suparman Guntur’s estate. 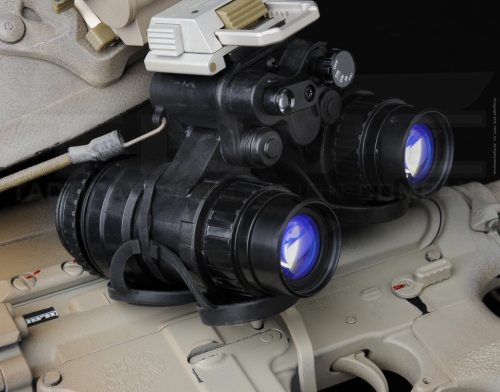 Bradshaw, Pace, and Tan utilize AN/PVS-15 night vision binoculars throughout the novel.  (Side note: Milena exporting the PVS-15s is an extremely illegal move, and her providing them to foreign nationals [namely, Lucas Tan] is doubly so)

Remember: FORSAKEN PATRIOTS #2: NIGHTMARE EXODUS is available NOW on Amazon! Get your copy today, and be sure to leave a review on Amazon and Goodreads! Each review helps!